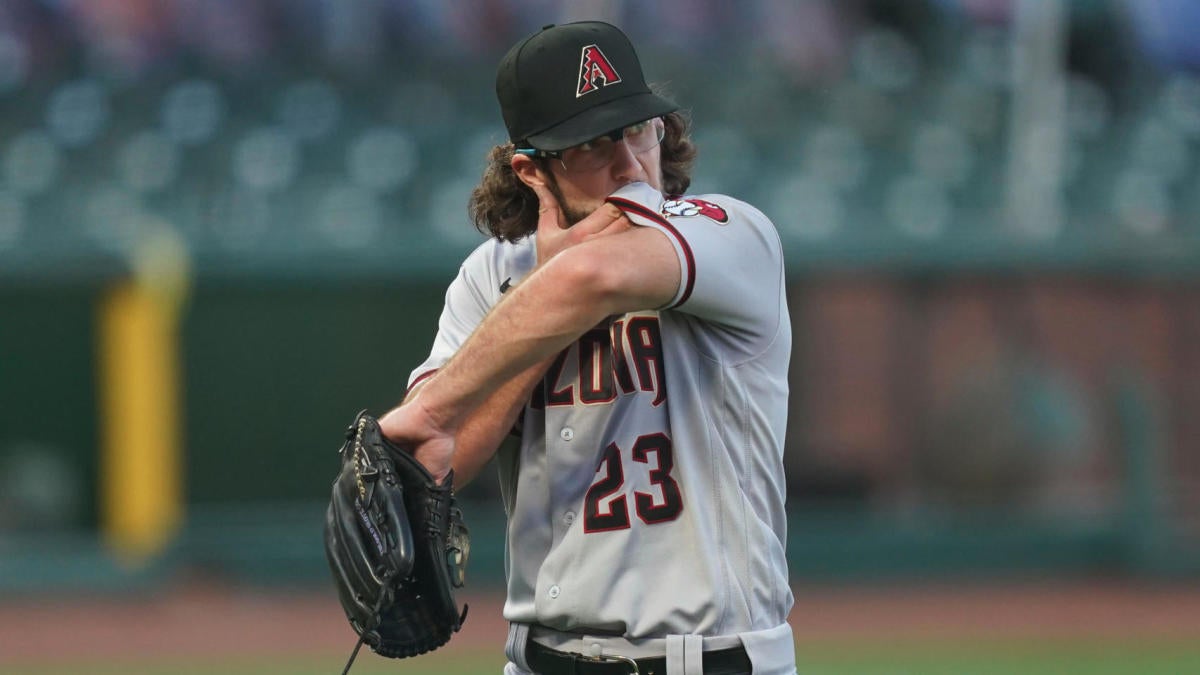 Fictitious drafts are useful, but limited. The ADP is informative, but sterile. If only there was another way to take the pulse of the Fantasy Baseball world …

How about a survey? With the power of social media, I can find out which players have captured the minds of Fantasy Baseballers hearts and minds with a few open ended questions.

I’ve taken the time to do that, putting together hundreds of responses from Twitter and Facebook and sharing them with you here. The results can provide insight into what your opponents are thinking or even open your mind to new possibilities.

Who is the only player you must have this year?

The answers were very varied for this one, which was to be expected given the open-ended nature of the question. Incidentally, one of the leaders this time around, Zac Gallen, also got the most answers to this question last year. Guess that’s because he’s considered bankable at the position most likely to make or break you, but you can actually plan for him because he’s not a first or second player. tower. Granted, some first and second round players got their fair share of responses as well, which is pretty funny since you have so little control over ending up with these particular players.

Which starting pitcher seems to be the safest bet to come out?

Jesus Luzardo got the second most answers to this question a year ago, edged only by Gallen, who himself still ranks high. I expected him to see more strikeout potential from him as a rookie last year and I’m a little less sure about the upside now, even though he’s a solid pick just like he is. Joe Musgrove and Tyler Mahle both appear in my Breakouts 2.0 and saw a slight increase in strikeouts last year. I’ve seen Pablo Lopez and Aaron Civale excited by other Fantasy Baseball analysts, but I consider both more high-profile guys than high ceilings. It’s nice to see Shohei Ohtani receiving some love with the glowing reports from spring training.

Which newbie do you want nothing to do with?

My bust case for Walker Buehler – which has more to do with how the Dodgers use him than his actual abilities – must have been compelling as he’s a decisive winner here, with only Adalberto Mondesi and his particularly volatile profile even s ‘approach. While Mondesi could almost single-handedly meet your basic stealing needs, it will come at the expense of almost anything you would be looking to secure in the early rounds. Cody Bellinger’s methodical return after shoulder surgery naturally makes editors shy, and the inconsistencies of Trevor Bauer and Max Scherzer’s age are obvious risk factors as well. I share the feelings for Buehler and Bellinger, and I will also name Luis Robert, whose profile is almost as volatile as Mondesi’s.

Who is cheap electricity for?

“Inexpensive” is of course a relative descriptor, which is why the responses cover the whole range of values. How someone wrote back when Nelson Cruz got so many votes, I don’t know. Joey Gallo is the 132nd player off the board on average, which isn’t that cheap in, say, a 15-team league, but given how easily a healthy version will hit over 40 home runs, that’s always a nice discount.

My thinking here was more like an end-round type in a deeper rotisserie league, and by that measure, CJ Cron is claiming the prize. His move to Coors Field generates quiet enthusiasm, although I think the spin will do more for his batting average than his home run production. I like a lot of suggestions here beyond Cron. Franmil Reyes and Jorge Soler both tend to slip due to their DH status only, although they are more in the Gallo class of “cheap”. Austin Riley, I believe, has a potential of 40 homers, and Bobby Dalbec and Jared Walsh both showed great power late last year. However, I repeatedly find myself returning to Hunter Renfroe at almost no cost. It seems his swing is perfectly suited to Fenway Park.

Surprisingly absent from this list is Kyle Schwarber, who comes out of the top 200 on average.

Who do you plan to recruit for the stolen bases?

Everyone has their choice for the rarest category, right? Judging by these results, maybe not. The list is largely populated with first-round guys like Mondesi, Trea Turner, Mookie Betts and Jose Ramirez, which suggests that stolen bases aren’t something most of us are willing to leave to chance. But there are also fun answers. Myles Straw, the Astros’ projected lead who once had a 70-stealing season for minors, is one of my end-of-round targets in a five-outfielder league. Many see Rangers’ Leody Taveras the same way. Halfway through the rounds I came back to Tommy Edman, who disappointed on every level last year but is the Cardinals’ first projected hitter. He also considers himself quadruple eligible in the first week. Raimel Tapia has started to gain momentum as a sleeper for flights and batting average, especially if he’s the first in the Rockies.

The Mariners’ Dylan Moore seems like an obvious dud here, as his stealing potential is the reason so many of us are ready to see the glass half-full after his surprising 2020 breakout. I’m a little surprised to see the versatile Jon Berti misses love here, as well as the eternal tease Garrett Hampson and Manuel Margot of the Rays. The most glaring omission, however, is Andres Gimenez, who has yet to beat Amed Rosario for the starting shortstop position in Cleveland, but who is making all the headlines this spring.

Who is your favorite target at the end of the turn?

Again, with such an open-ended question, you should expect a wide variety of answers. The top seven players are all I’ve put forward to some extent, and names like Ty France and Nico Hoerner have also caught my attention lately. Whether or not Trey Mancini, Andrew Vaughn, Clint Frazier and Ke’Bryan Hayes are end-of-round targets depends on the size of your league, but the hype is justified in each case, with a likelihood that they will be well represented. on my teams too. The only reliever here, Amir Garrett, also happens to be my favorite late-round target for saves, unless we count the Braves’ Will Smith as a late-round target.

Some of the responses that surprised me include Luis Severino and Chris Sale, who may well be in hiding but could have a list crisis while we await their return from Tommy John surgery. Also, I don’t share the enthusiasm for Jesse Winker and Brandon Nimmo given that they are likely to sit against left handed pitchers.

Which closest are you the safest to losing your job?

Several pointed out that we do not yet know who most of the closers are, and it is true that we do not know with 100 percent assurance. Managers are not as direct about this as they used to be. But part of chasing saves these days is reading between the lines, and for most teams we’ve got a pretty good idea of ​​who will be working the ninth inning. Still, it’s probably no coincidence that the main voters here are the two pitchers who carry a closer official designation. You have to have the job to lose the job, right?

We’ve seen Kenley Jansen and Craig Kimbrel lose their jobs a number of times over the past few years (in Jansen’s case it’s still in the playoffs), but both are still showing enough promise to get another shot. I share my reservations about them, but really, every reconciliation is a bad week before I lose the job. The third and fourth places here, Matt Barnes and Jose Leclerc, seem to me to be riskier sources of savings than, say, Greg Holland and Daniel Bard.

Which prospect who isn’t already vying for a job will have the biggest impact this year?

I cannot argue with the first three voters. Wander Franco, Jarred Kelenic and MacKenzie Gore are absolutely the hopes that need to be hidden in virtually any league. The question arises as to which prospects actually qualify for this category because, after all, we don’t to know whether Andrew Vaughn and Alex Kirilloff will be part of the team. But, like … we know. If they are sent down, it will only be briefly and only for the sake of uptime. They have a job, although it turns out that their job application is slightly delayed.

As to which of the Big Three prospects gets the call first, I guess the need will arise sooner for Kelenic and Gore than for Franco, but I imagine they are all available before the end of May. And for as many screeches as Kelenic made about handling duty time, the Mariners might feel compelled to call him sooner. 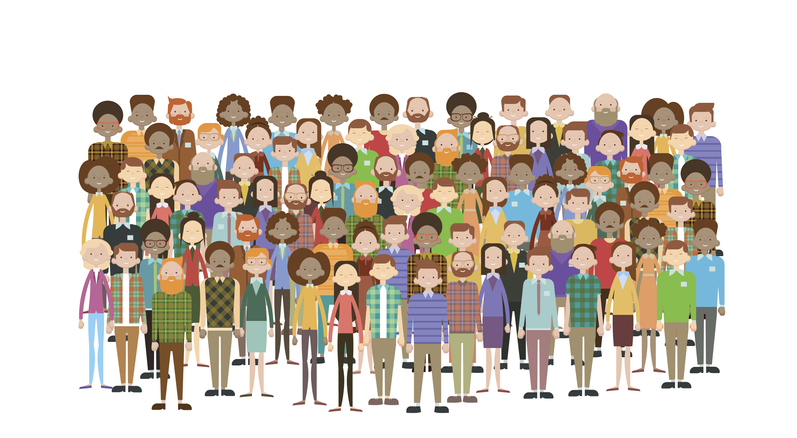